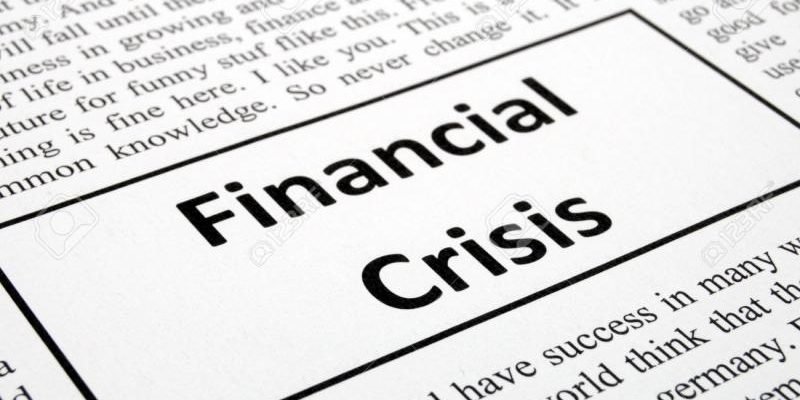 A lot has been said during the tenth anniversary of the 2008 financial crisis when Lehman Brothers, the fourth largest investment bank in the United States at the time collapsed, which led to plummeting of stock markets in developed economies and a freeze in global trade credit and volumes.

As many analyses have been focused on developed economies, less has been said concerning the impact of the 2008 financial crisis on poor nations and especially Africa.

Here are several lessons we’ve learned or conclusions we have drawn and what it means for economic transformation and job creation.

We are all in it together

When the financial crisis began 10 years ago in the United States followed by the United Kingdom, many initially thought that it would not affect Africa. But the truth is; poor nations were not immune to the crisis.

To say the least, the impact in both developed and developing economies was around 5 -7% of GDP. This is worth two to three years of growth in rich economies or one year’s worth in Africa – still very bad news for the poor.

With few exceptions, most African countries employed fiscal and monetary policies to absorb shocks emanating from the crisis while others made effective use of exogenous shock facilities provided by donors to relieve their economies from the crisis.

Despite those few successes they’ve had, the main challenge for most African economies has continued to be weak structural transformation policies that would cater to facilitating investment, matching skills with the available jobs and supporting exports.

Another issue that needs to be addressed by long term policies is to reform productivity growth and economic transformation that caters for job creation, export sophistication and diversification and sustainable debt management strategies.

If this will left unaddressed, the economic growth will continue to be vulnerable to commodity price swings and growth will be insufficiently job – intensive.

International financial regulation has largely ignored African economies It is true that the G20’s coordinated response to the 2008 global financial crisis restored confidence and liquidity to the global economy.

However, it should be noted that the new rules that were laid out to govern the global financial system had largely ignored the role of African economies.

The major problem for African banks was the lack of lending to the private sector and not the leverage.

Also, the new regulatory framework for the financial sector was developed without African countries having a proper say concerning the governance of the global financial system.

Among the sectors that experienced a financial backlash was infrastructure and small and medium enterprises which need long term financing.

This was due to the fact that either finance was not available or in some it is too costly. And as long term financing stall so is the development and growth of the economy.

It should also be noted that higher commodity prices have supported the establishment of Sovereign Wealth Funds in countries like Nigeria and Angola but they have not worked well so far.

On the other hand, international development finance institutions have helped to channel finance to poor countries in times of crisis.

And as development financing continues to gain a pivotal role to developing economies including Africa, international financial institutions still have a role to play to fasten their development agenda and aspirations.

Most countries that had diversified their exports, whether by product or by destination, were less affected by the crisis.

Some sectors like agro-processing and information technology were less affected. Also, many African countries that exported intra-regionally or to Asia were less affected, even if they had high exposure to risk.

Some countries that depended on commodities exports such as oil and copper were easily affected by crisis as their prices in the global market fell sharply.

It should also be noted that vulnerability to the crisis is a function of exposure minus resilience meaning that resilient economies, well diversified, well run, with fiscal buffers – can come out of the crisis more quickly.

In general, diversification is meaningful as it spearheads economic transformation and job creation but the process is happening too slowly especially in Africa.

An emerging risk of global debt, as well as insufficient for capital, flows to African countries As the global financial crisis leads to the collapse of big banks and increased public debt in rich countries, many investors shifted to emerging markets.

This was also culminated by the fact interest rate on bond yields were so low in rich countries as compared to emerging markets including Africa.

African nations took advantage of low-interest yields in developed economies and start issuing international sovereign bonds which attracted significant investors from USA, UK, and elsewhere in the world through coupon rates of 6 – 8%. Although it was a strategic fundraising technique, it has put African countries susceptible to the crisis in the future. However, as yields increased, rollover costs and risks have increased significantly.

Countries can make use of low interests to raise sovereign bond inflows, but if the receipts were not spent productively, it might later get into problems and face the risks of partial defaults.

A strong need to match developing nation’s priorities with rich countries interests It is true that Africa is growing but it still needs heavy investment in productive capacity and financing for infrastructure to create more jobs and enhancing economic transformation.

Sub-Saharan Africa alone needs at least 35,000 additional jobs each day to keep up with demographic challenges. Rich countries and emerging economies (including their firms) can help suffice the situation.

Despite of several interventions like the China – Africa cooperation, EU – Africa trade relations, UK, Japan and USA trade relations and cooperation with Africa as well as its multilateral organs like the World Bank, IFC, European Investment Bank, JBIC and other institutional investors much more efforts are required to align the interests and priorities among the parties.

Compared to a decade ago, right now there are more synergies among donors, with most moving to help Africa while satisfying their needs at home, as there is an increased appreciation that efforts to transform economies and create jobs can create widely-shared and interconnected benefits.

In conclusion, there are clear lessons on how to deal with a severe crisis including scaling up of long term finance and export diversification. African countries should accelerate efforts on economic transformation in order to prepare for the next crisis.

International aid efforts are increasingly supportive but there needs to be a focus on having appropriate international financial regulations and a greater focus on African debt to avoid a “continental debt crisis”.